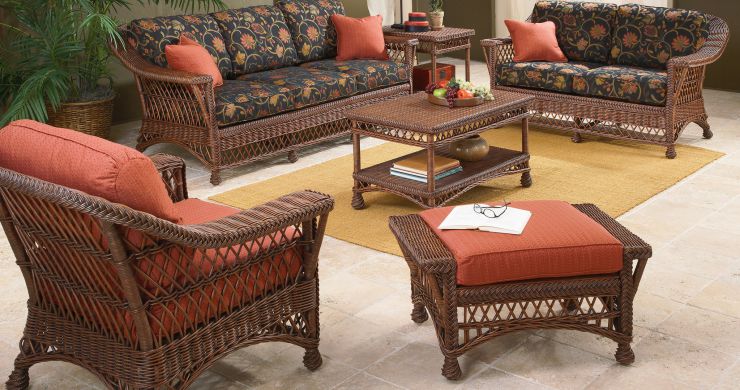 Colonial American decor began with the first settlers’ design tastes. From the early 1600s through much of the 1700s, this period was noted for a diversity that was inherent with the origins and heritage of each settlement population. Within this nearly 200-year span, there were additional influences that included limitations in the materials available where each group built homes. 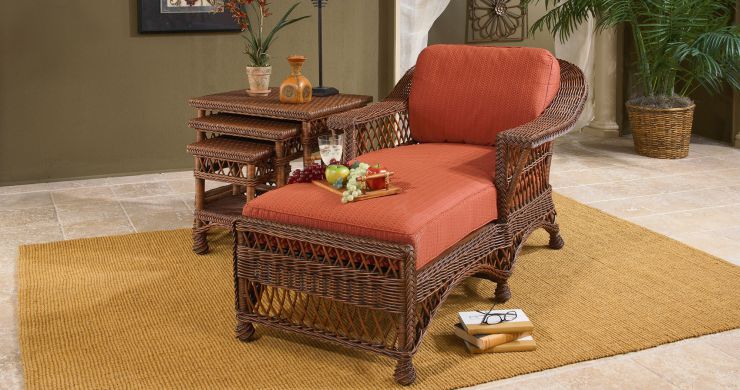 Functionality came first in furnishings, which were typically designed to meet basic needs. Rough-hewn planked tables and benches were the norm. Wicker would have made a presence as baskets during this time period but little more than that until rattan’s coming of age in the mid-1800s. 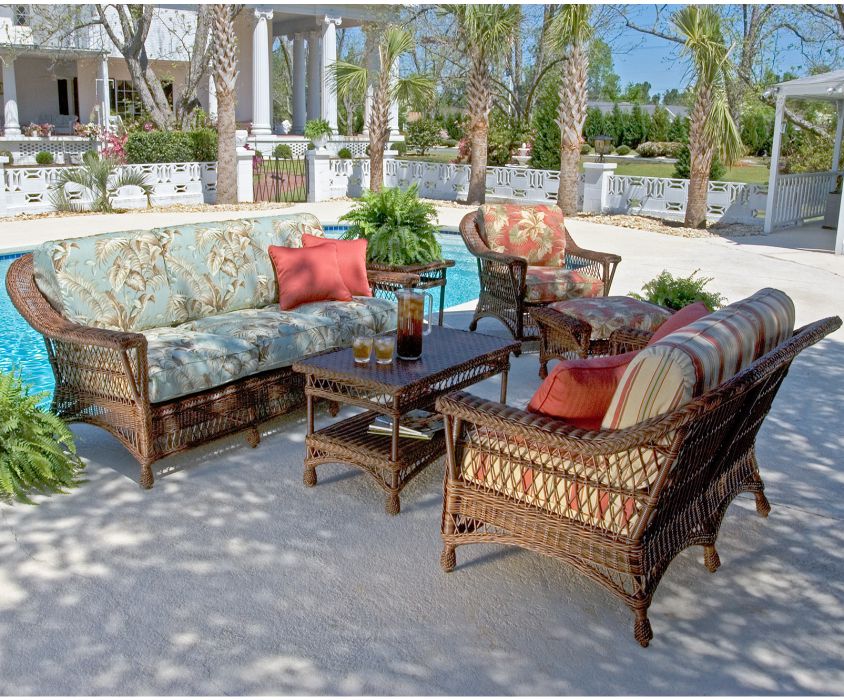 Historians report that a woven cradle was the first wicker piece to arrive on America’s Shores, courtesy of the Pilgrims. As they turned their attention to survival, creating or acquiring prettier interior furnishings took a backseat to simple, primitive settings. With time and prosperity, home interiors became more fashionable with the inclusion of upholstered furnishings and a more genteel way of life. Because of England’s influences at the time, Georgian, Jacobean and Queen Anne were among the more memorable style influences. Some furniture was simple in definition while other pieces embraced ornate profiles that appealed to wealthier classes.

As time progressed, purists fought the loss of this rustic look. Fancier designs gained favor, however, and the original colonial character would evolve into Early American with its more casual appeal and, later, the country look with its unpretentious airs. This era was officially over when America declared its independence from England. The Early American period came to prominence after the American Revolution. During the early 1900s, Colonial Revivalism brought renewed attention to those design pieces from the early formative years in America. 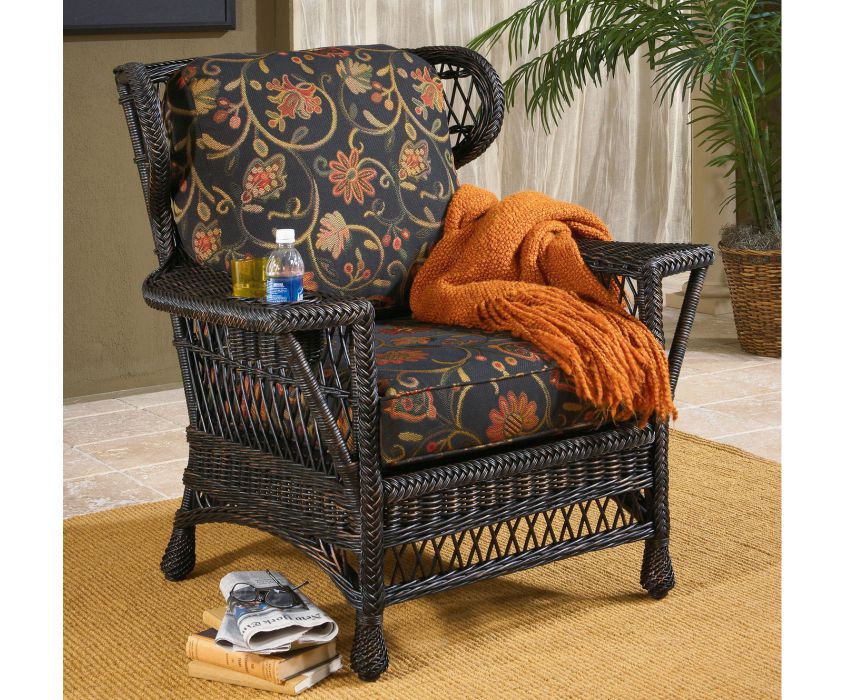 Among the classic color choices of Colonial American decor, whitewash still remains a favorite. After the struggling years of living with mainly functional living room furniture, settlers began to discover the value of mixing pigmented colors. Green, golden yellows, muted blues, maroon, black and brown predominated. This limited selection was available to the masses and, surprisingly, wealthier homeowners utilized these colors as well.

Along with colors came patterns, many of them stencil-like in appearance. Hearts and flowers, along with trees and pineapples, were popular motifs. Against homespun fabrics, the color and design choices remained limited.

Keeping things simple, wicker pieces that would work in today’s Colonial decor would certainly include primitive rattan. These chairs, loveseats and sofas remain somewhat rustic, yet charming, with their rougher detailing. Croco panels, which are thin rattan slats, appear around skirting and other frame areas to create an uneven image. Less ornamentation is better, even with pieces that incorporate exposed wood frames and cabriole legs, which are often signature accents of the Queen Anne design era. 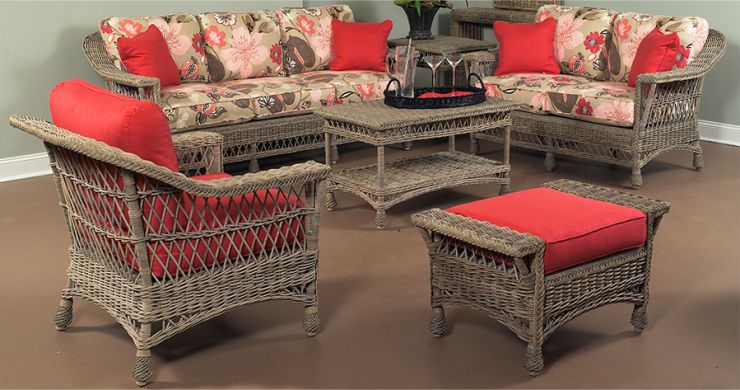 Whitewashed and distressed finishes in white, black or brown enhance the colonial furniture look in wicker. Matched with simpler patterns on cushions, these pieces can create an air of heirloom authority that complements colonial settings well. Painted finishes, including solid black, country red and deeper green, for woven furniture remain true to the original palette while bringing in larger splashes of color. Traditional sweater weave basketry in natural fibers is an old-fashioned way to accessorize that will be both useful and appropriate to their surroundings.

Colonial American, also known as American Colonial, remains a favorite decorating choice that can easily include wicker. Handled with care to avoid on over-mixing of pieces, patterns and colors, this style proves its timeless appeal that promotes nostalgic comfort. 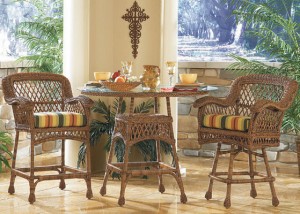 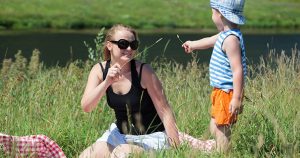