It would be helpful if those advocating “green” cleaning would draw a clearer line between what is a “bad” chemical and what is a “good” chemical. All of the alternative cleaning products recommended in the article and by commenters here are, of course, chemicals themselves, and some of them are not free from harmful effects. Ammonia can be considered a very toxic chemical. It is mentioned that borax is used as an insecticide, so what makes it safe to use around the house? Even vinegar (an acid) is often recommended for killing weeds. Yes, a human can drink a cup of vinegar without ill effects (unless one has ulcers), but try pouring a bottle of vinegar into your aquarium and see what happens. Toxicity is based not just on the identity of the chemical, but also its amount (which brings to mind the old saying that anything will kill you if you get enough of it). So whiffing a little ammonia while cleaning house won’t kill you, but whiffing a lot of ammonia will. All of the green alternative cleaning substances listed here would be used in concentrations far greater than normally found in the environment (except for those rare places where the minerals are mined), even the vinegar. So it is not quite accurate to say they are “natural.” Is the difference naturally-occurring vs manufactured? Well, that castile soap is manufactured, and the ammonia comes from a chemical factory. One commenter recommended Dawn dish detergent, but noted that some may object to the chemicals in it. That leaves me scratching my head why one would object to the chemicals in Dawn but be OK with the chemicals in castile soap. Plenty of naturally-occurring substances are toxic. Before the late 19th century, all poisons were “natural.” There has to more to it than just calling something a “chemical” or “natural.” 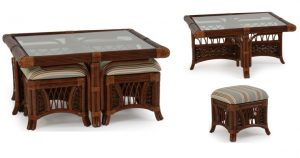