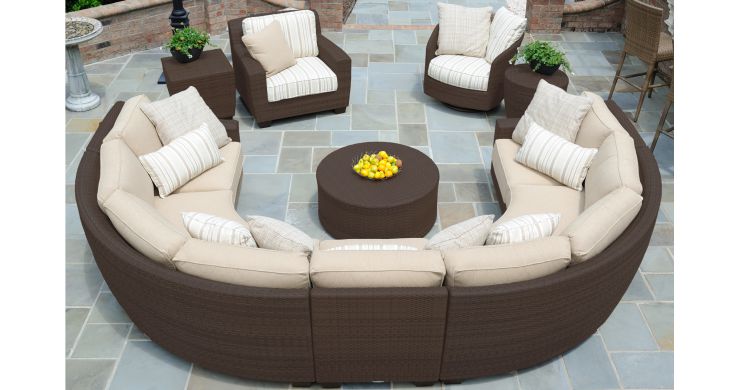 When sectional sofas come to mind, they often conjure up images of spread-out seating that consumes living spaces. This massive expanse, originally popularized in the 1950s and 1960s, was a hot and modern trend for sophisticated, party-throwing suburbanites. One misconception about this seating style is that it will only fit in larger rooms. In truth, modern sectionals available today are better suited to small areas as opposed to stocking a room with separate pieces. While the early mainstream sectionals were typically upholstered, rattan and all-weather resin wicker has become an in-demand choice for both indoors and outside. Like their wood-framed counterparts, wicker sectionals allow for customization to create just the right arrangements. 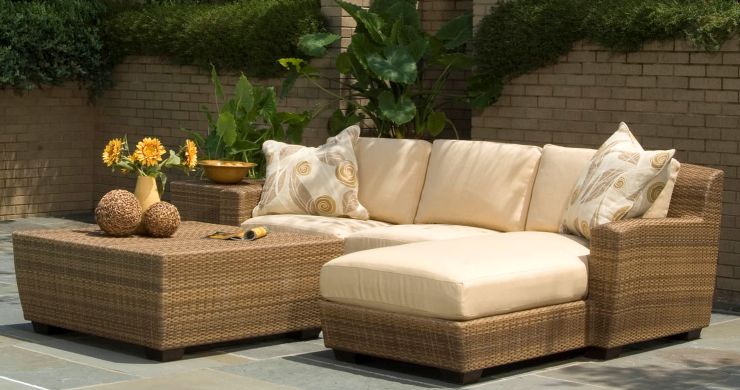 Before, During and After the Mid-Moderns

The Victorian era may have seen the first glimmer of a sectional concept. Someone decided to move two sofas together to accommodate more guests in a cozier manner. This early arrangement, however, was without the connecting corner piece to create a seamless flow of seating. With social gatherings gaining favor in homes,

it only made sense to bring everyone together in one large group.

Decades passed before a few well-known mid-modernist designers would produce the precursors to sectionals as they are recognized today. Leaders in this elite fleet included the husband-and-wife team of Charles and Ray Eames, Herman Miller, Arne Jacobsen, Eero Saarinen and Ludwig Mies van der Rohe. They placed their focus on creating architecturally interesting furniture that also was engagingly comfortable. Modulars featured vinyl cushioning with button tufting, gleaming chromed frames and unique shapes that encouraged settling in for hours of conversation or solitude. 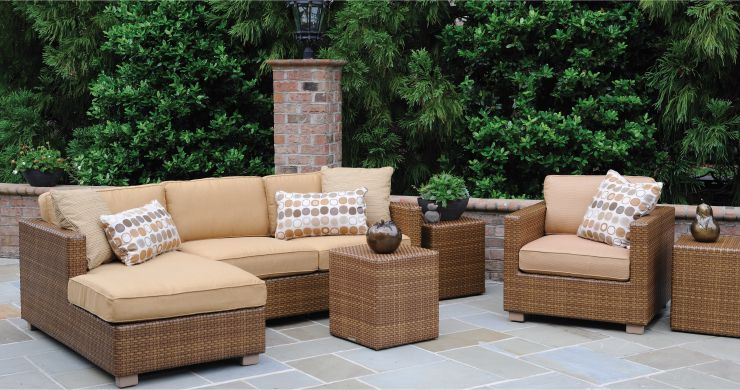 Through the 1970s and 1980s, sectional sofas continued their march into contemporary spaces. Wrapping around two walls, they fit snugly into corners, giving everyone a chance to converse or to lounge about with the family while watching TV. A classic L-shape with one longer side was perhaps the most popular, although symmetrical arrangements as well as U-shapes were also en vogue. Soon after, the look became dated and, for a time, was strictly associated with this particular design period. Sectionals would rise again, and with their comeback, home decorators embraced the style for its casual and newly sophisticated appeal.

On the patio, in a sun room or in a living area, sectionals are the ultimate relaxation choices. Larger arrangements almost always begin with a connecting wedge and build outward with loveseats, chairs and a mix of end pieces that include arms. A chaise on one end makes full lounging even more enjoyable while the bed also doubles as bench seating. U-shaped ensembles feature curved bases with the same left-facing and right-facing ends. From any angle, wicker sectionals with enclosed frames provide an attractive view.

In smaller areas, limiting the components to a corner seat, a left-facing chair, a right-facing chair and two arm less chairs will be a great starting point. From here, the two arm less chairs can be added to either side of the corner wedge or grouped to one side to create an L-shape. Loveseats with the wedge connector are less flexible but are also compact options. Either way, these comfy, over sized seating arrangements can actually be a focal anchor that actually implies a larger sense of space. 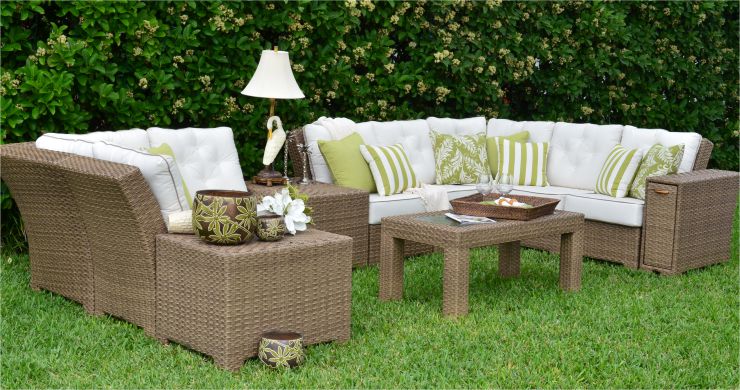 Mobility is an added benefit of sectionals. When the time comes to rearrange or relocate, each piece is much easier to maneuver into place. For those who move frequently or simply like to change up the look of a space, this is a great advantage. All that remains is choosing among the large selection of fabrics for customizing cushions along with frame finishes to complement retro, modern, tropical or casual spaces. 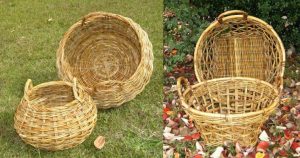