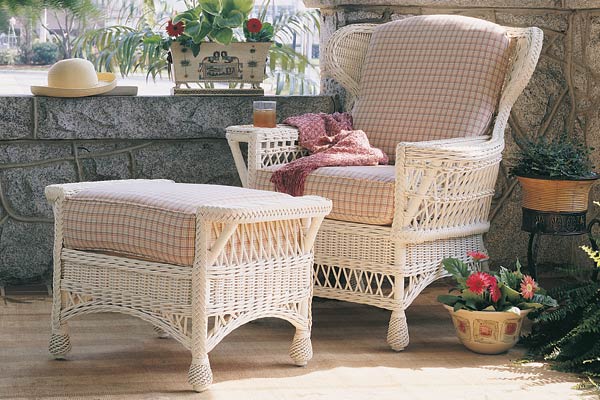 Great confusion still lies in what exactly is wicker and what is not. Even manufacturers are not always clear in their descriptions, which can leave new buyers wondering what they may actually be purchasing. Often, in-depth explanations also add to the mistaken attributes given to wicker. Whether referring to furniture, basketry or a host of other accessories and accents, indoors or outside, the distinctions can be very muddy.

Furniture and product listings sometimes refer to rattan and wicker as if they are two similar components. That is a misleading concept, as the two are not an apples-to-apples comparison. Rattan is a tangible product while wicker is a technique.

What Wicker Is – The Details

Wicker is not a vine such as rattan, but it is the actual process of weaving any fiber into simple or elaborate patterns. Furniture is wicker if it incorporates some type of weave on any part of the frame although there are exceptions. While rattan is the most popular choice for indoor wicker furniture, other components have been in use since time began.

In Roman and Egyptian times, rushes from rivers and channels became woven baskets. Twigs that were softened, bent and intertwined for strength became stools. The tough outer coverings of large leaves made handy strips that provided the platforms for beds and chair seats. Chests crafted from woven grasses have even been found as recognizable relics in the pyramids. These were all wicker products.

Resin wicker and other plastic composite fibers used as woven coverings for furniture are today’s answer for outdoor arrangements. These are also classified as real wicker. No matter what material may be incorporated into a woven pattern, it is wicker.

Other components of wicker furniture designs include paper. The term reed fibre with the British spelling denotes a paper content rather than natural reed. Kraft paper-based wicker became popular during the early 1900s. The Lloyd Loom, invented in 1917, produced even finer sheets of paper wicker that wrapped over furniture frames. Today, this process is still in existence using specially coated cellulose strips that are tough enough for some outdoor use. 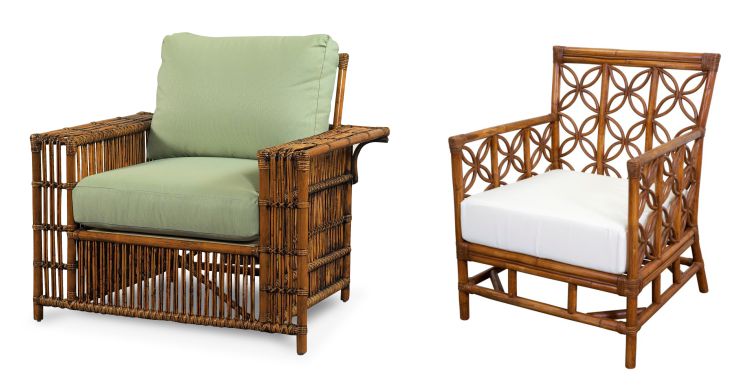 Stick Wicker as a Variation

Stick wicker veers from the technique of incorporating any weaving. This style became popular throughout the early 1900s when American manufacturers faced importation embargoes that also contributed to paper wicker furniture production. Cutting back on the natural materials used was a viable solution for many builders.

Straight stick construction with lashings involved no weaving at all. These pieces, still popular today, were rougher in concept, but at the time, they were noted as being modern. Characteristics included wider paddle-style open arms with built-in glass holders and side compartments for magazines.

While similar in style, bamboo or rattan pole furniture is not wicker. With their Polynesian influences, if either of these does not contain some sort of woven component, they should not be called wicker. 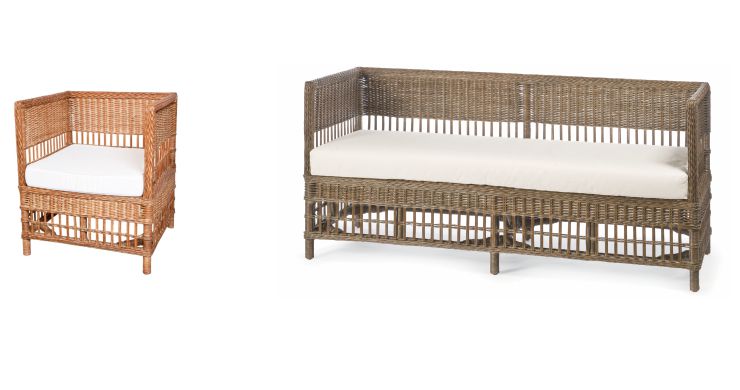 Any item that can be covered in interwoven patterns is indeed wicker with the inclusion of non-woven American antique stick styles. No longer relegated to the attic or to a back room, wicker is the style of choice in sunrooms and can even add a rustic edge for lodge decor. Sectional sofas and modular wicker chairs in natural materials or synthetic wraps which are also making their way into contemporary living spaces and on patios.

When selecting wicker pieces, it may really boil down to personal taste, understanding how the fibers are made, where they originate and how long they may potentially last. 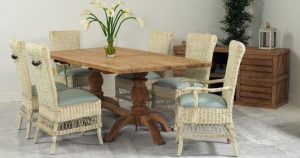 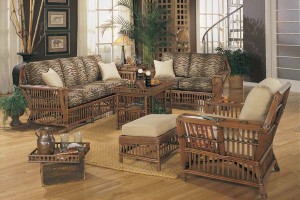